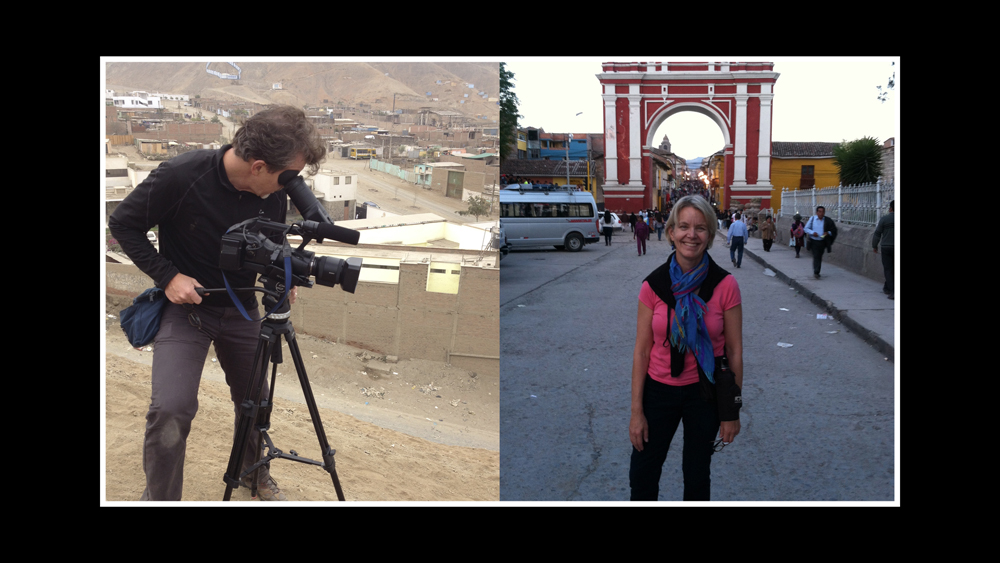 Ann Hedreen is a writer, producer, director, and teacher. Her first book, Her Beautiful Brain, won a 2016 Next Generation Indie book award, and she has just finished her second memoir titled The Observant Doubter. Ann has also won many Emmys and other filmmaking honors, including Women in Film’s Nell Shipman award for Best Documentary, awarded to Quick Brown Fox: an Alzheimer’s Story. Her long-running blog, The Restless Nest, received a 2016 honorable mention from the National Society of Newspaper Columnists. Ann earned her M.F.A. in creative writing at Goddard College and her B.A. at Wellesley College. She is teaches memoir writing at Seattle Central College. A Seattle native, she is an alumna of the Hedgebrook center for women writers and a member of Women in Film Seattle. Ann began her career at the City News Bureau of Chicago.

Rustin Thompson is an independent filmmaker with more than 35 years experience as a director, cinematographer, editor, and writer. He has earned several Emmy and photojournalism awards, including a national Emmy for his producing and camerawork on a CBS News Special Report from North Korea. His first book, Get Close: Lean Team Documentary Filmmaking, was published in 2019 by Oxford University Press (for more information visit his website at rustinthompson.com). His documentary, 30 Frames A Second, won numerous Best Documentary awards at film festivals nationwide, and is distributed by Cinetic and Bullfrog Films. Along with Ann, his other documentaries include False Promises, Quick Brown Fox and The Church on Dauphine Street, which have all aired internationally, can be watched on Amazon and other streaming platforms, and are distributed by Women Make Movies and Alexander Street Press. He hosts the popular Americana radio program, Road Songs, on KBCS 91.3. Rustin’s documentary, My Mother Was Here, a memoir film was an official selection of the Sebastopol Documentary Film Festival and won the Best Documentary Award at the Tacoma and Seattle film festivals. Ann and Rustin’s documentary, Zona Intangible, is distributed by Alexander Street Press.

Please visit our films for non-profits and feature documentaries pages to see our work.